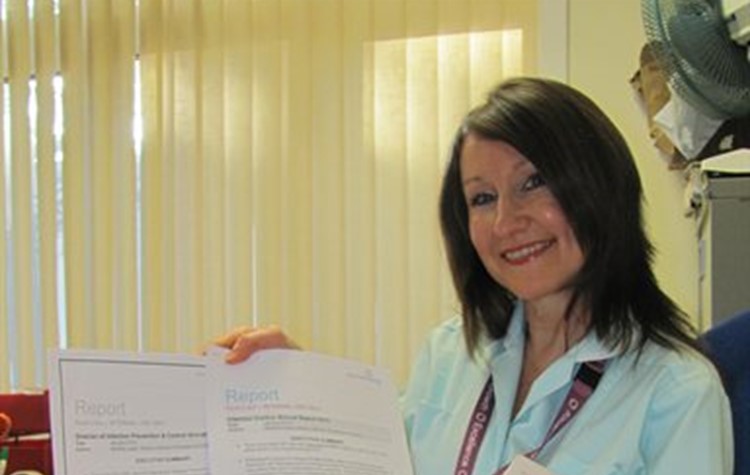 Benenden Hospital is celebrating the findings of two new reports which says its infection control rates are exemplary. The reports highlight that the Hospital had no cases of MRSA, MSSA, C Diff or Ecoli during 2015. Such a standard is rare not only in comparison with NHS hospitals but when compared to the independent sector too.

But rather than being complacent the Hospital’s Director of Infection Prevention Control (DIPC) Heather Leslie said in order to maintain the excellent standards a programme of activity was planned for this year to ensure the very high standards continue.

Heather said: “Despite the reports we will not now sit back and be complacent. We need to keep putting messages out across the Hospital site, to all staff, not just those who are clinical.

“From the end of February we will be taking a UV light box around the Hospital which shows up germs that are left on the hands if they are not washed properly. We will also be doing a series of talks around the Hospital on a range of infection control issues from needle stick injuries to Personal Protective Equipment.

“We have extremely robust infection control mechanisms here at Benenden.”

The patient infection rate at Benenden Hospital is 0.8%, although there is no evidence that infections were picked up at the Hospital. The national average is 6%.

Benenden Hospital differs from most other hospitals in that it carries out a 100% surveillance of all inpatients having undergone hip and knee replacement. For other procedures any reports of post-operative infections are all followed up, investigated and reported to the relevant committees.