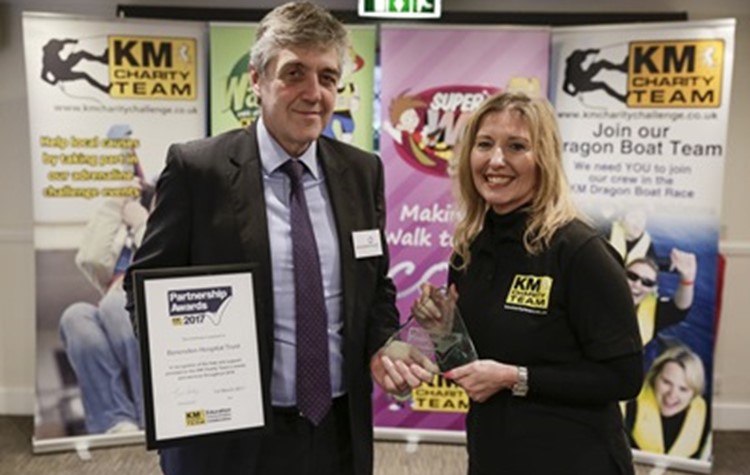 Benenden Hospital has been presented with a Partnership Award.

The award came from the KM Charity Team, in recognition of the Hospital’s sponsorship and support for their community events.

Last year the Hospital was a sponsor of the KM’s Charity Walk, Kent Cooks and the Bright Sparks awards, which encourages future scientists, inventors and innovators.

This year the Hospital is sponsoring the KM Charity Team’s Big Bike Ride in Deal in April and Kent Cooks and Bright Sparks once again.

The Hospital’s Medical Director John Giles collected the award at a ceremony held in Dartford, which was also attended by other sponsors from around the county.

The Hospital was also given a KM Charity Team Partnership Award last year. Last year it was collected by Hospital Director Jane Abbott.